Most people don’t realize that Tahiti is only two hours further than Hawaii, and the Island of Huahine lies just 175 kilometers (110 miles) northwest of Tahiti in the Leeward Society Islands between Moorea and Bora Bora. Virtually undeveloped, Huahine has an abundance of lush dense forests composed of huge ancient trees growing on the slopes of a very scenic and dramatic geography. It is the primitive landscape one hopes to find on a vacation adventure to the tropics.

This unspoiled tropical gem - completely deserving of its reputation as The Garden Isle - is completely surrounded by a coral reef, with six passages and several inviting motus, or small islands. To float down over her mountains … to be welcomed within her sacred circle of sugary sands and neon-blue waters … the moment is a gentle free-fall into the surreal. From this height, one may keenly observe that Huahine is actually two islands joined by a narrow bridge. The larger, northern part of the island is called Huahine Nui, and the smaller, southern half is known as Huahine Iti. Ancient Polynesian legend relates that the split came about when the god Hiro struck his mighty canoe into the island, creating Bourayne Bay to the west and Maroe Bay to the east.

Like all Tahitians, the residents of Huahine are a warm and gracious people, always eager with a smile and a greeting of Ia Orana, or “to your health”. Of the island’s 5,700 residents, most are pure Tahitian, and many are proud, direct descendants of ancient kings and queens. An isle of nobility rich in mystery and legend, the natural market for a Project of this stature, is defined as international tourists seeking an exotic destination with a tropical paradise and a safe environment. A couple of days of exploring these islands and you will see why we are all so excited, and you too will begin to recognize the countryside for its many faces far beyond a mere vacationland. This undiscovered heaven on earth is filled with a unique energy unto itself. There's no place on earth quite like it. Fittingly so, this long-awaited return to a truly Tahitian state-of-mind will be ushered in on the legendary island of Huahine under the royal Tahitian banner of Tahiti Beach Resort, Valley of the Kings.

The Tahiti Beach Resort will be the first development in French Polynesia to reflect genuine Tahitian culture and spirit. The resort is situated near the village of Tefareri’i, which literally means the home of the king. In ancient times, this land was the home of Huahine’s royal family—a sacred place of kings and queens, and legendary Raiatean chief Tamatoa VI. Today, this special land carries on the tradition of exalted living, yet on a scale ancient Tahitians could most likely never envision. Stretching from lagoon to juggled valley—and shining like a present-day tribute to the island’s regal past—one may completely surrender to the sophisticated pleasures of all 800 acres of Tahiti Beach Resort. 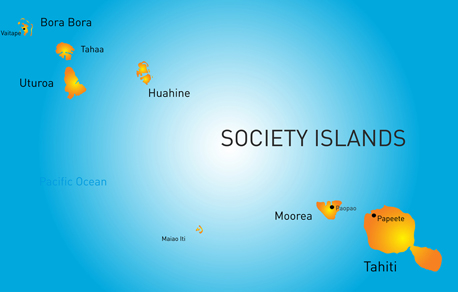 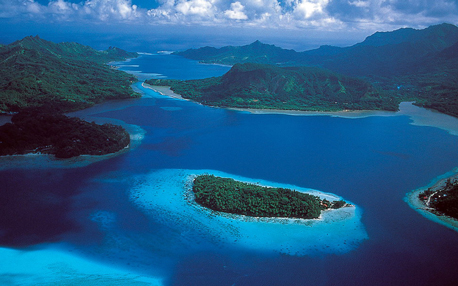