The mere mention of the word Tahiti, even to those who have never been there, is all it takes to send one’s mind swimming in ethereal visions of a tropical paradise.

The astounding beauty and the people are the reasons why. Yet surprisingly, after nearly 45 years of tourism to these fabled isles, there has never been a resort to fully embrace the authentic Tahitian way of life. Until now.

Happily coinciding with a pro-Tahitian attitude on the islands, a new luxury resort is taking shape, the likes of which have never been seen in all of French Polynesia. Destined to become Tahiti’s first world-class destination, this world class resort will introduce locals and international travelers alike to a new level of Polynesian luxury and refinement. Most importantly, the resort will help to reawaken Tahitian pride and culture for all her people. It will achieve this lofty goal by embracing Tahiti’s past, educating people of its customs, preserving and connecting to the sea and nature, and creating a genuine Tahitian community.

Tahiti Beach Resort, located on the island of Huahine, in the Valley of the Kings, will carry on the tradition of exalted living in three distinct zones - the Valley, the Lagoon and the Resort Center:

Somewhere over the rim of the world lies romance, and
every heart yearns to go and find it
“Frederick O’Brien”

Embracing all things Tahitian, and in every way imaginable, this Resort will truly be an endorsement of the Valley of the Kings on Huahine, an enchanted tropical realm where all are treated like royalty. The hotel architecture of Tahiti Beach Resort will be regal and palatial. If they were alive today, this is the kind of place that the ancient kings and queens from Tahiti would build for themselves. With grand entries, stylish archways, and reddish hues—the color symbolizing Tahitian royalty—the resort’s magnificent structures are a modern-day interpretation of ancient dwellings of royalty.

This romantic, and slightly hedonistic, notion of the world’s first leisure society will live on at Tahiti Beach Resort. A resort is born. A culture is reawakened. The warm sands and lush valley of Tefareri’i can at last fulfill their destiny as a world-class residential resort environment. A palatial realm offering the most sophisticated pleasures, Tahiti Beach Resort is well poised to become one of the world’s grandest and most alluring destinations, and also a Resort that holds the unique promise of becoming a wonderful rediscovery of Tahitian culture for all Tahitians. 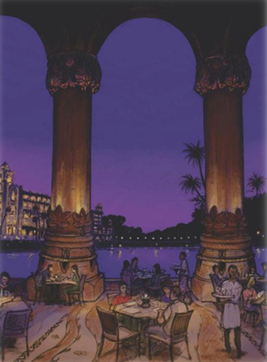 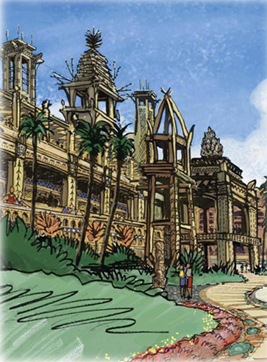 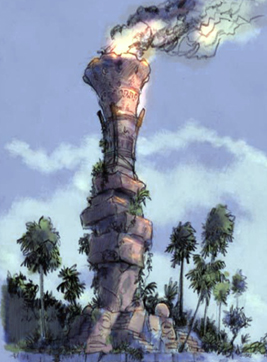 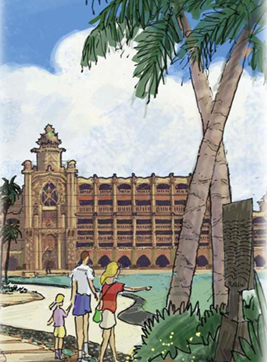 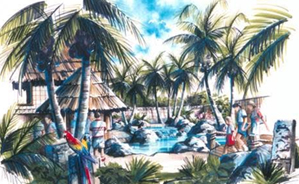 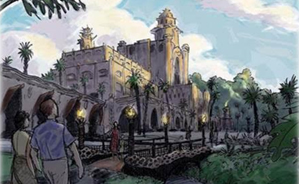 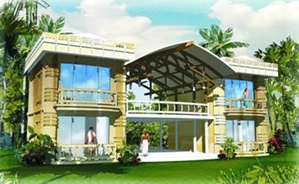 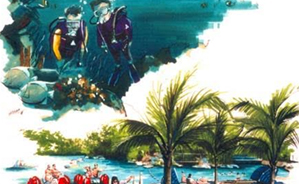 Most people don’t realize that Tahiti is only two hours further than Hawaii. Virtually undeveloped, Huahine has an abundance of lush dense forests…

Beach Resort, on the island of Huahine, is a world-class resort program of 1754 Keys for hotel, spa, condominium and villa rooms and suites, with global sales and turnover revenue exceeding 1.1 billion US dollars over five years.

Located in the Valley of the Kings: Lush dense forests surrounded by warm turquoise waters nested below mountainous spines over a crystalline ocean lagoon. Historically known as Valley of the Kings, home to the original Polynesian Royalty. 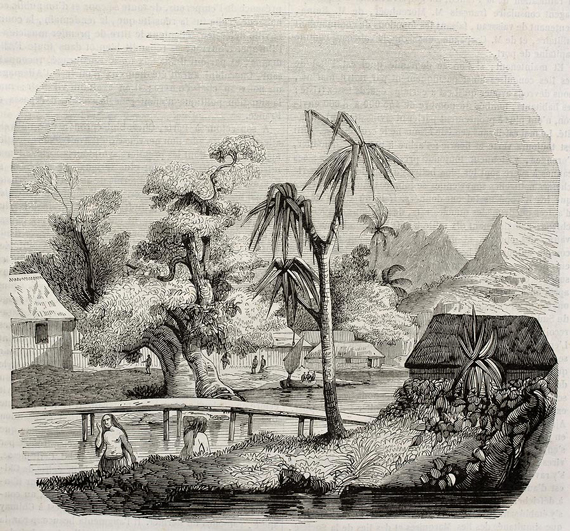 Paul Gaugin once said “Tahitian community is enjoyment of life. But let us not forget that on Tahiti, work it self is a pleasure”. The ancestors of today’s Tahitians, believed to have endured long voyages from Southeast Asia some 4,000 years ago, led a joyful existence here without care. They were their own masters—farming, fishing, and collecting fruit on ancestral lands—leaving plenty of free time for song, dance and storytelling. Relaxation was more important than work or wealth. Time was measured by the blossoming of the tiare flower. The 18th century European explorers described the scene as a n earthly Garden of Eden inhabited by the “Noble Savage”. Of course, they were most enthralled by the Tahitian women, who possessed a feline grace and skin like pale-brown satin—a unique blend of erotic laxity with beauty and hospitality.

Take a catamaran cruise around the island, or enjoy a relaxing sunset cruise on the Tiki Boat. Right in front of the resort, you can experience the best snorkeling on the island along Tefareri’i’s coral gardens with plenty of brilliant tropical fish. There is scuba diving around the fabulous reef, or engage the consistent surf along some of the world’s most challenging reef breaks. Across the lagoon, enjoy a quick hop by boat to nearby Motu Taiahu for a little swimming—and a decadent grilled lobster feast in a private cabana that sits right in the water. It’s Tahiti’s version of a Tailgate party!

Recreation and entertainment within the beach zone and nearby the short jetty guests are invited to experience a snorkeling trail unlike any other in the world. You can pick up your snorkeling gear at the dive shop located under a rocky outcropping near the center of the jetty. Beginners can participate in a short training course to insure a safe and fun snorkeling experience. The intermediate and advanced snorkelers might venture directly into the snorkel trail where they will be directed through a series of underwater markers recounting eons of Tahitian history mysteries, cultural and folklore. For the advanced scuba enthusiast our motor launches will taxi you to the outer side of the motu, where the deep water reef fun begins. Swim with magnificent stingrays. Fish for marlin, the waters of French Polynesia a re relatively rich in Blue Marlin. In total, fishing off the Leeward Islands brings in more than 255 marlin annually in addition to swordfish, tuna, sharks and hundreds of smaller varieties. 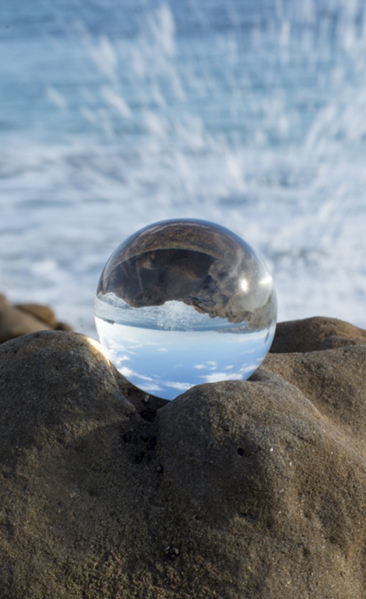 EXPLORE THE MAGIC OF HUAHINE

The nearby water magic cove, this is a peaceful rocky cove where water occasionally sprits and “leaps” in a playful manner. As guests linger they may notice the quiet arrival of young Tahitian priest, dressed in an elaborate headdress and carrying a luminous blue orb in one hand, as he strolls into the cove. With his arrival the orb pulses with light as if becoming energized. The water sprites become more active and the faint sound of a Tahitian drumbeat can be heard rising in the background. As the priest raises his orb the water sprites shoot into the air in response to his presence and his sweeping gesture. This is a magical and entertaining performance showcasing the priest’s power (mana) over the water sprites as they dance to his direction. As the water symphony comes to its conclusion and the music subsides the priest makes “gracious” bow awaiting his applause. That’s when the water reminds the young priest that his mana is not all powerful as a giggling stream of water shoots in the priest’s direction and douses him. Good naturally and dripping with water the young wizard raises his hand and smiles broadly and knowingly to the laughs and cheers of his assembled audience. He bids Farwell and to leave but just before leaving he turns facing the water and with one final command sweep of his arm the water shoots into the air with one burst of energy.

Royal Huahine historic walk is an interpretive trail that takes guests into the valley above the golf course where guests pass by beautiful natural tropical landscapes and see ancient resident homes sites of high chiefs who once lived in this rich valley. The night sky Tahitian observatory located high on the south wall of the valley is a platform where resort guests learn to see and identify the “star compass” and the guiding stars (avei’a) used by ancient Tahitian voyagers as they sail through the South Pacific and North to discover the Hawaiian Islands. Also for celestial adventures, a small observatory atop the roof of one of the hotels will allow guests and residents to observe the transit of Venus, a favorite endeavor of Captain Cook when he landed in these isles in 1788. 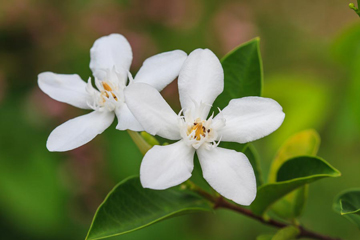 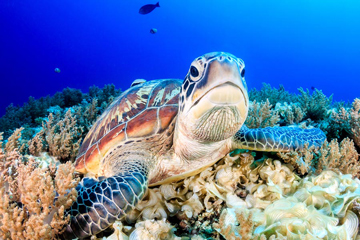 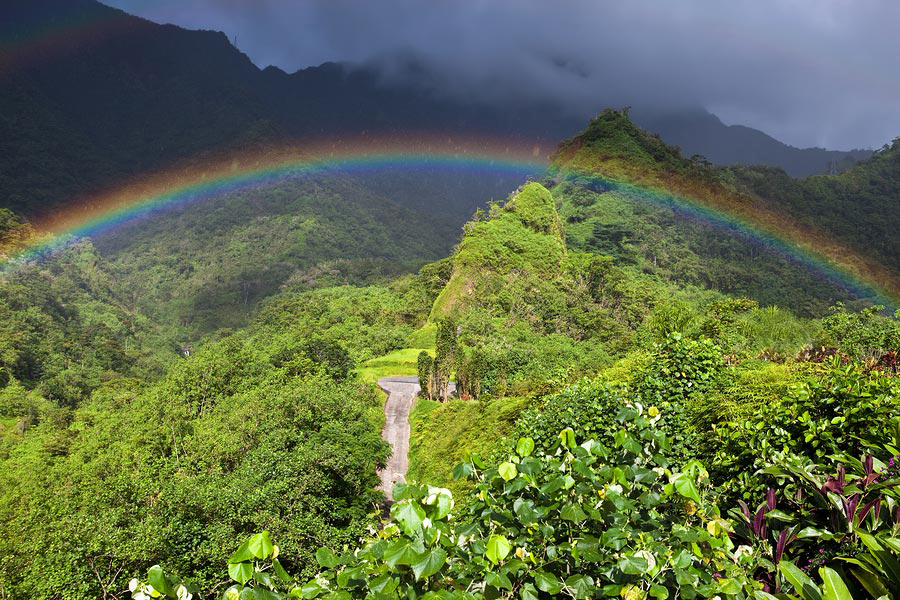 Lush common areas are a blend of a tropical plants and flowers, sensational aromas, sculpted native trees, fresh water streams, waterfalls and naturally formed crystal clear pools and grottos for swimming and exploring. The grounds are punctuated with guest lounge/deck space, juice bars, and other guest service facilities. In addition to this exotic, tropical setting, there are some surprises, fun and magical moments that can be found here and there. Some of these special elements featured in this area include: 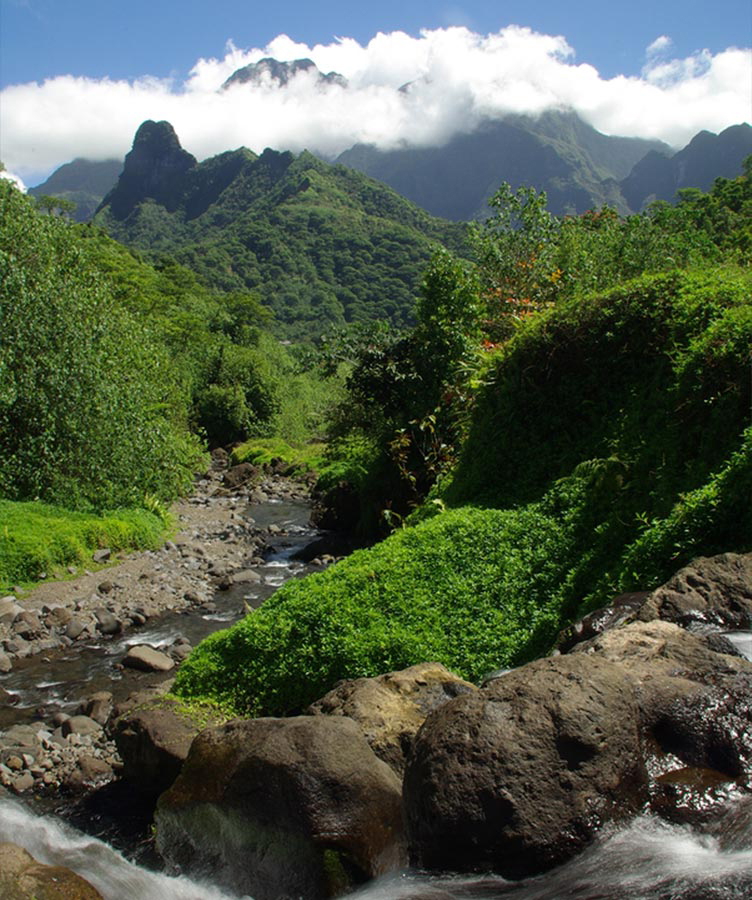 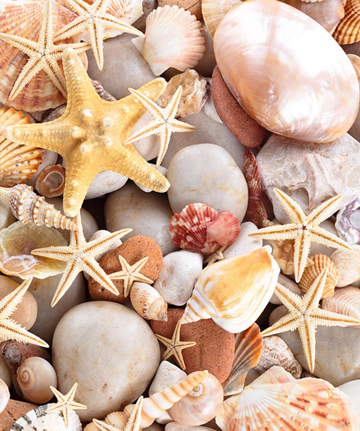 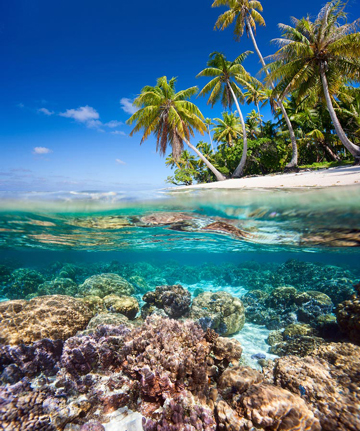